May 08, 2020
Hello loyal readers, let's talk about music this week. Most specifically my music you probably know absolutely nothing about. Last Summer I released my first album called "Screw You". A few weeks ago I released my first music video off that album titled "Socket Screw" and then I go so wrapped up in other things I forgot to talk about it. Typical artist fail. I've been notorious  for burying the lead to anyone who has ever known me. This is me trying to reverse the past mistake of not talking enough about my work, but first, you must actually watch the video to read past this point. In 3..2...

Now that you've seen my latest creation made at home let's dissect what inspired this deranged shadow ride in the dark shall we...

I owe the entire inspiration behind "Socket Screw You" to David Lynch. Bar none one of my favorite directors to ever grace planet earth. It's because of the visual masterpiece that is Lost Highway is which made me see the world through a more deranged perspective. Being damaged is ok, in fact there is great beauty in such things, as long as you don't let your damage destroy you. It can become what makes you beautiful. That's what I've learned from watching the films of David Lynch.

If you watch an interview with Lynch you can see he's not only an incredibly deep thinker but also very at peace with himself. Listening to his music he creates further cements these points. The soundscapes he creates for your ears to drift off into a deep midnight sleep at any hour of the day... some of the most pleasurable moments in my life.

In regards to lighting this scene in the movie when Pete comes home after getting morphed into another humans aura... Or so it seems..

The tone of the video is very eery and similar how it felt to see the Mystery Man constantly filming the main couple throughout the movie. In all reality Robert Blake who plays the Mystery Man simultaneously filming and playing voyeur is already creepy in his natural state.

In my mind I felt that Mystery Man was capturing people in the most depraved of states. This is why I wanted the camera to capture me in my most obscure state while performing music.

An ode to my days as a model and an ode to Renee's character in the movie. Being filmed in the nude was really important to me for this video. It symbolizes how raw I feel when I'm performing music. Music makes me feel naked. Even when I'm not and that is why I love it. Anything that makes you feel stripped is something you need to be doing more of in this life.

Instead of being sexually nude I wanted to be strong while being nude. It's important we as a people start to make that distinction. Women being nude is not about sex. It's about sexuality. Meaning what sex you are exposing you are. Not that you are wanting to have sex. That is an act that is entirely separate. In "Socket Screw You" I amplified the strength that being nude and more importantly being comfortable nude can capture. 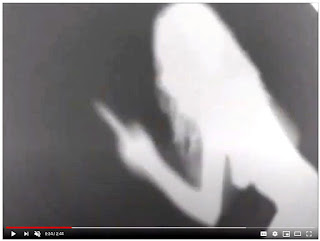 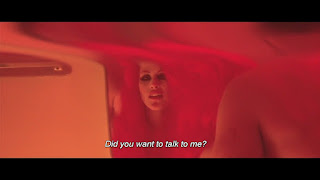 If you haven't seen Lost Highway by now add it to your must see list immediately. If you like my writing you'll love this film. It's a far out trip into a mind fucked world where no one comes back unscathed. It's a world where I come back to visit on an annual basis. I can't go past 12 months without trying to figure out exactly what is going on in this David Lynch film. It's the drugs without the drugs, the psychedelics without the total escape from reality.  The beauty of David Lynch is that every time you watch his films they will take on a whole new meaning depending on what state of mind you are in, and that is fucking fabulous. It never gets old.

Leave a comment below with your favorite Lynch film.

About Me: My name is Tiffini Truth and I'm a Metal Artist living in Tijuana. I also adore writing. Specifically about life, style, culture and sustainability .

You can show your support for Metal Mouth Style & Metal Art Here! 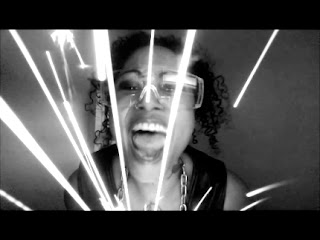 My album "Screw You" is now streaming everywhere made using power tools.

"The Metal Mindset Podcast" goes live weekly about having a mindset as strong as steel.

"This Week In Metal" is my Metal Art Youtube series, Season 1 is streaming now. Season 2 is coming in 2020.

See you next week for more Metal Mouth Style and share your experiences in the comments section.

Dissecting Dave Chappelle's Style...What He Should Be Wearing

Over the weekend I got around to catching up on the latest Netflix release of Dave Chappelle's Special "Sticks & Stones". This Summer has been filled with a ton of travel between USA & Mexico for me so it's nice to be still at home for a little while. It also helps me think deeper when I'm not travelling as often. As important as it is to travel it's equally as important to not be distracted by your surrounding and stay still. With that all being said now that I have my deep thinking cap on.. here is what we're covering this week on Metal Mouth Style:
1. Why do people with all the money/access in the world still dress like assholes?                         2. Why Dave Chappelle is clearly not an asshole but still dresses like one?                         3. How Dave Chappelle should be dressing at a quarter of the price?                         4. My favorite personal style moments from the week featuring California (my pu…
Read more

How Climate Change Will Change Your Life & Your Style 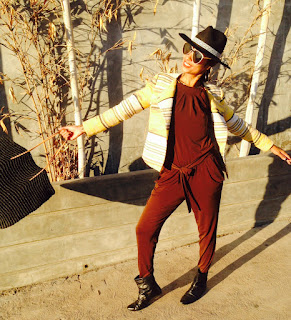 In the last Metal Mouth Style post we discussed what it was like living though fire season. Which is officially the fifth season of the West Coast. I find it important to follow-up on that post with some thoughts on how climate change is impacting my lifestyle and yours. From what we wear to where we live things are changing at a rapid pace. Let's try to keep up shall we? This week we will be talking about the following:
1. The best places to live during climate change
2. What climate change means for your personal style
3. My top 3 personal style moments of the week

The Best Places To Live During Climate Change

The main thing we now (me included living on the West Coast) need to reconsider is living anywhere near a coastal region. Sea levels are rising. I run the beaches of Tijuana every week and in my 2 years here I have noticed a significant change in the amount of beac…
Read more